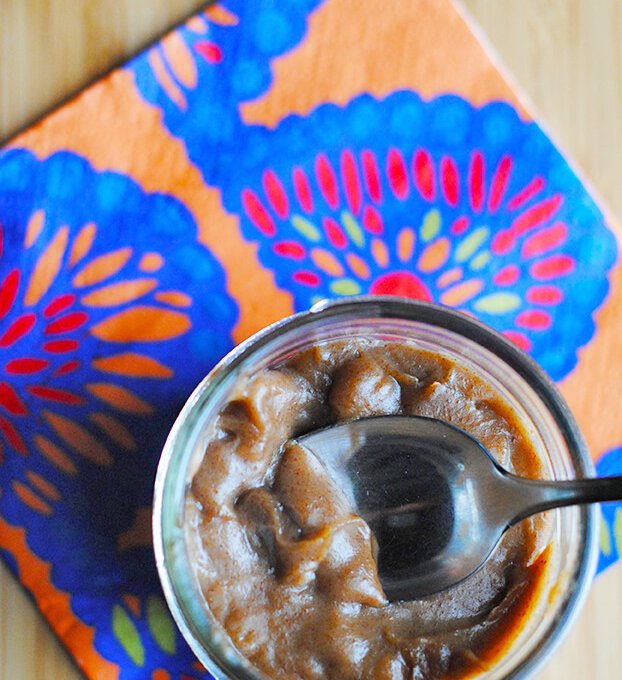 Sometimes, I get an idea in my head that possesses me until I run to the kitchen and start experimenting. The idea of a dulce de leche made of cashew milk and dates has been swirling around in my head all week. 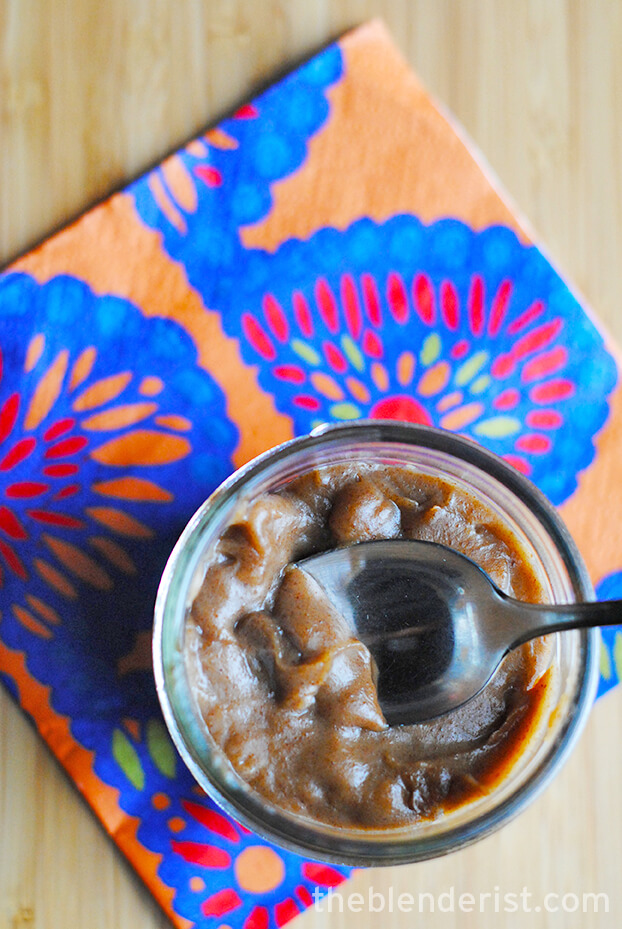 This morning, I decided to give my idea a whirl. I should know better than attempting recipe development before I’ve eaten breakfast. It’s a bad idea because I’m super hangry and a hangry cook has no patience for things like the Maillard Reaction. Traditional dulce de leche takes hours to cook. Ain’t nobody got time for that before breakfast.

That is why I am posting this recipe with the caveat that it is a work in progress. I will be making a second attempt at this recipe next week, in a larger quantity with a much longer cook time.

So why am I sharing this now? Well, I think it’s helpful to share a bit of the recipe development process. Sometimes, bloggers make everything look effortless and that is not the case. It’s one thing to have a great idea, but cooking involves science and science involves experiments.

This experiment was not a failure but it didn’t quite hit the target. It was very good spread on some gluten-free pancakes and topped with fruit. It would be a great dip for some apples…or spread on some toast. I’d even consider using it as a filling in a chocolate. It’s quit versatile.

Here is the recipe for now, stay tuned for the next instalment in the coming week…