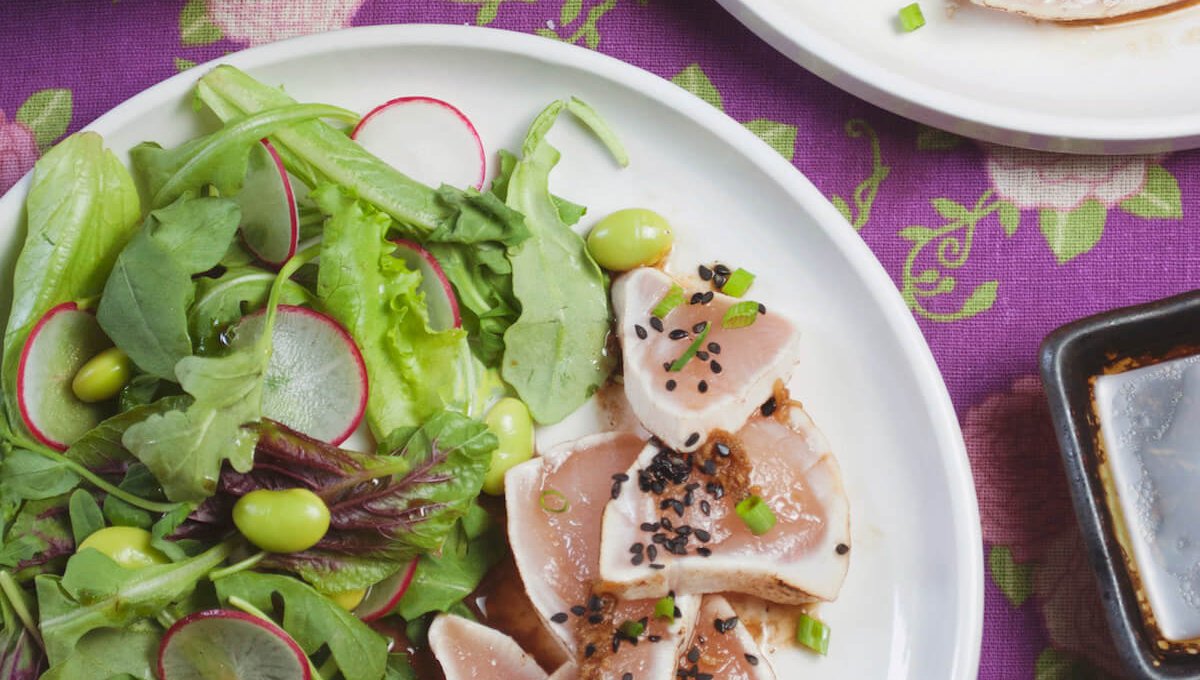 My love affair with Japanese food started late. I live in Vancouver, a city where babies eat sushi and snack on seaweed. It is embarrassing to admit that I didn’t try sashimi until my early twenties. I was that girl that ordered kappa maki (cucumber rolls) or avocado rolls while everyone else was raving about the tuna. Tuna Tataki salad was the dish that changed me. Maybe it was the light sear on the tuna that made it seem less scary. Perhaps that zingy dressing took the edge off. Whatever the reason, I fell in love.

Fast-forward to the present date; Japanese food is a staple of my life. My guy is half-Japanese and I even helped produce a friend’s Japanese Cookbook. One of my life goals is to spend at least a year living in Japan. Heck, my dog is named Akiko…a popular name for Japanese girls.

The word “Tataki” in this context refers to fish or meat that has been lightly seared on the outside. You will often see Tuna Tataki made with the deep, red cuts of tuna. However, I opted to use sustainably fished, albacore tuna from my own backyard (okay, not my yard but my local waters). This tuna is lighter in colour, but just as tasty and it has the Ocean Wise seal of approval. Hooray! This salad makes a simple, light meal when paired with some edamame, miso soup and a side of rice. You can also add an avocado to the salad to make it more filling.

The dressing recipe makes a decent amount so you can dress your greens and fish and have extra for dipping, if you are into that sort of thing.