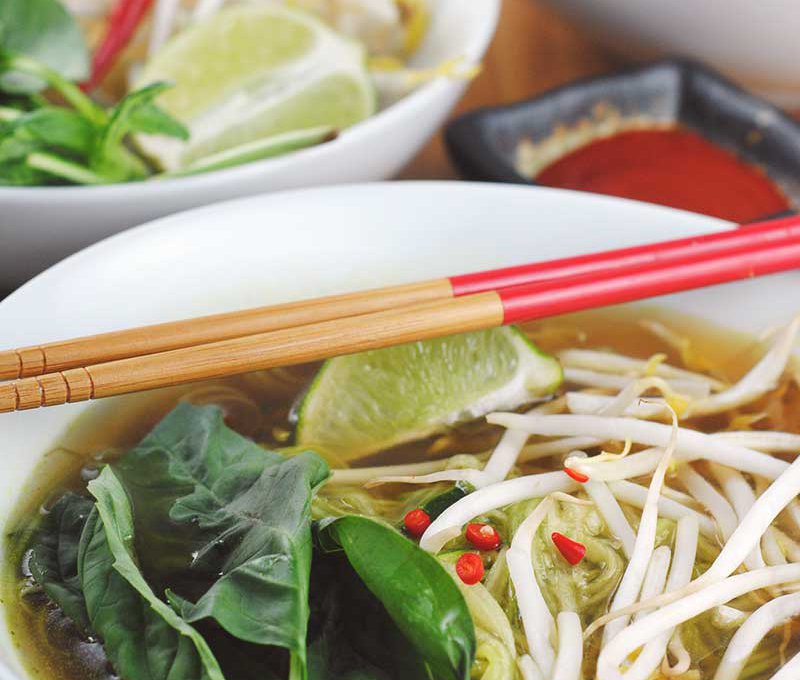 This easy vegan pho with zucchini noodles is not culturally authentic, but it tastes wonderful. The spices make for an aromatic broth and the zucchini noodles keep it light. Of course, you could use rice noodles in this recipe but I’m trying to eat more vegetables and this is a good way to trick myself. 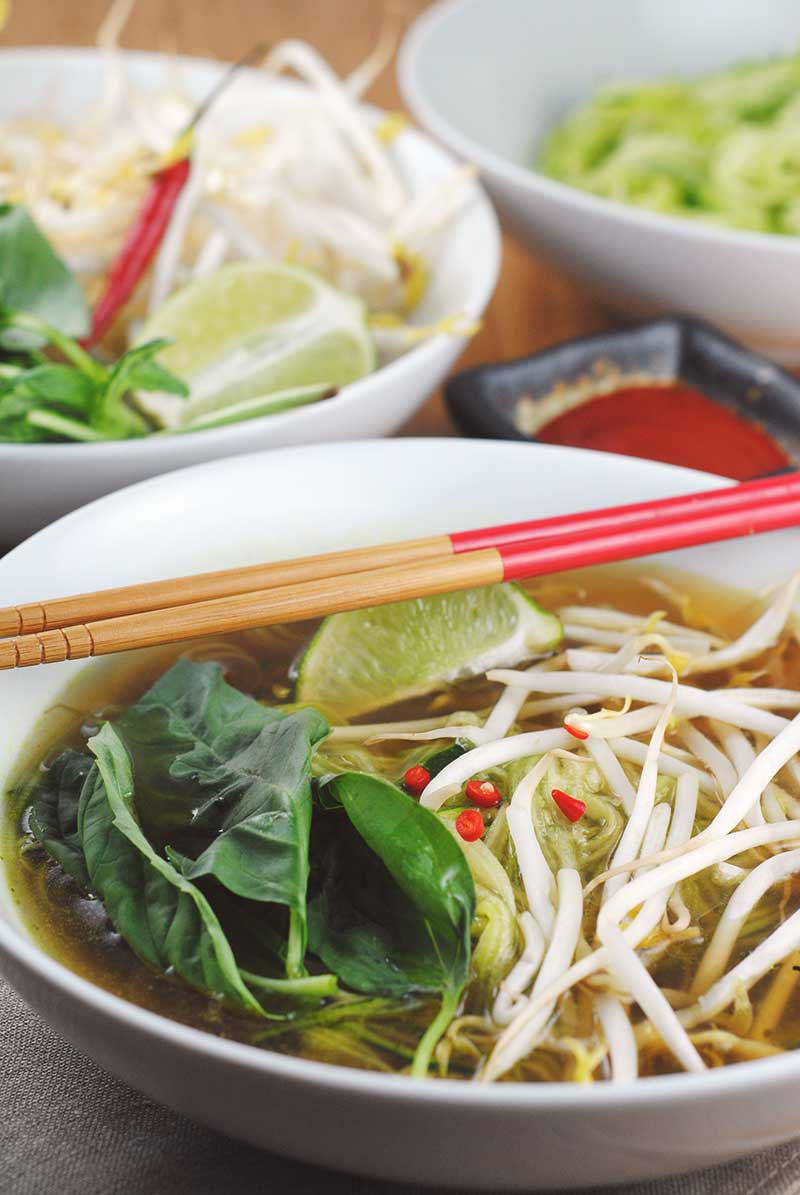 Noodle-y shapes are inherently more fun than other shapes. I don’t have room in my tiny apartment for one of these fancy zoodle-makers. I have a small, hand-held unit that I won’t recommend because it is poorly designed.  It makes decent zucchini noodles as long as the zucchini is the prefect size and shape, but it is very hard to clean. If you want a cheap-o solution, I highly recommend a julienne peeler instead. It’s not fancy, but it does the trick. 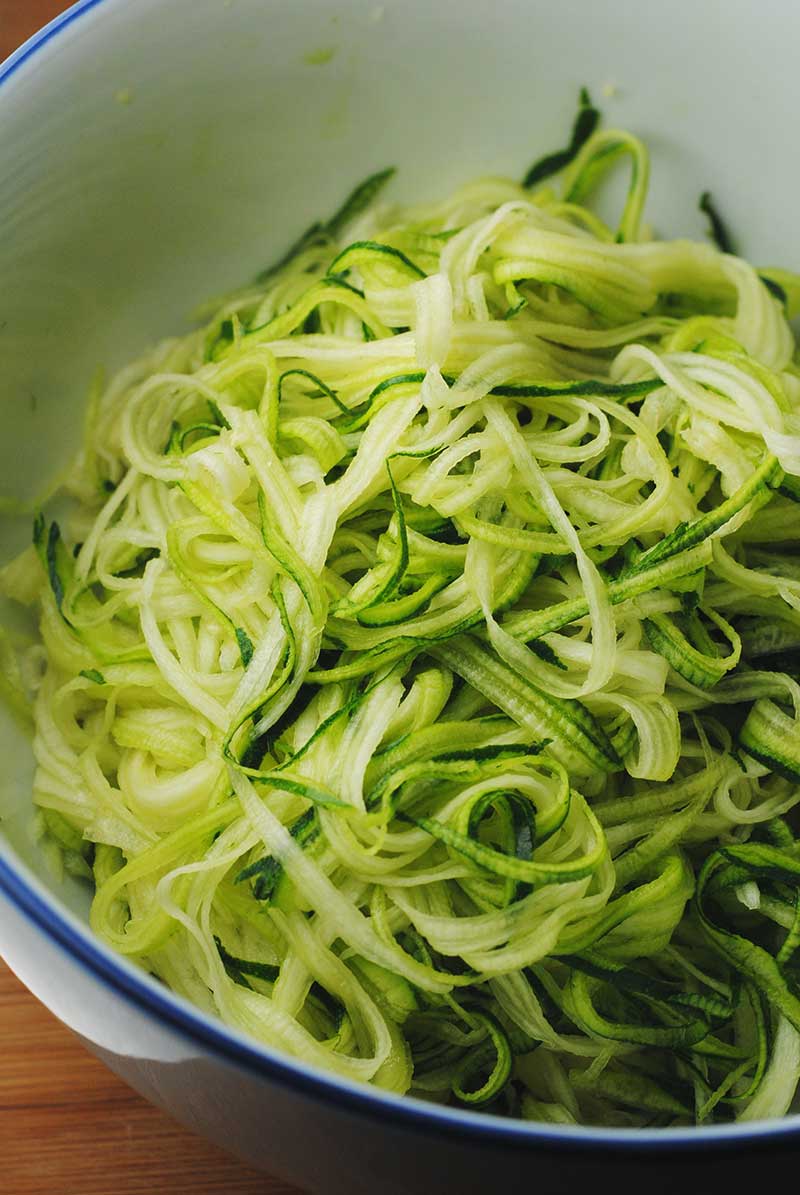 Make sure you take the time to blacken your onion and ginger and toast your spices, it really makes a difference in flavour. 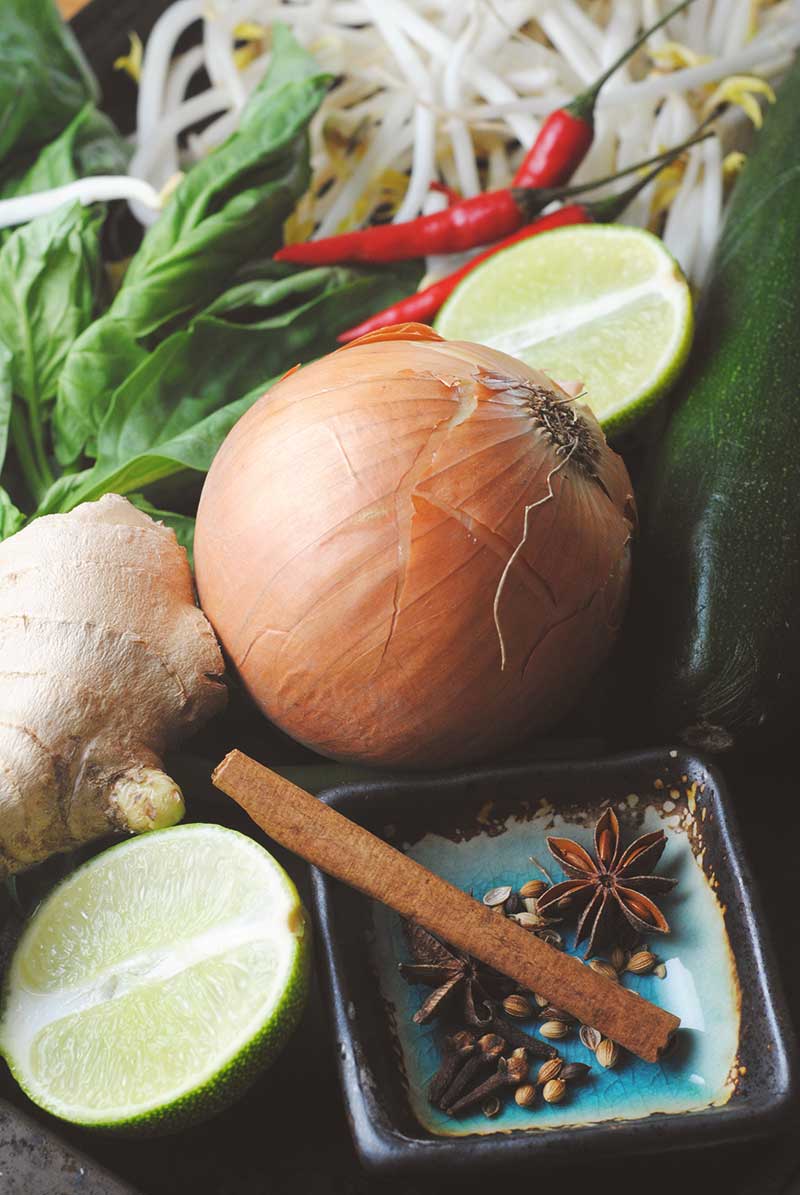 Pro-tip: After you toast your spices, put them in a cheesecloth bag or tea steeper so you don’t have to fish them out of the broth before serving. I take things one step further with this weird, orange, chicken-leg shaped thing. I just stuff it full of spices and throw it in the pot. I bought it at CB2, but I don’t know what they are technically called. Anyone have a name for them? 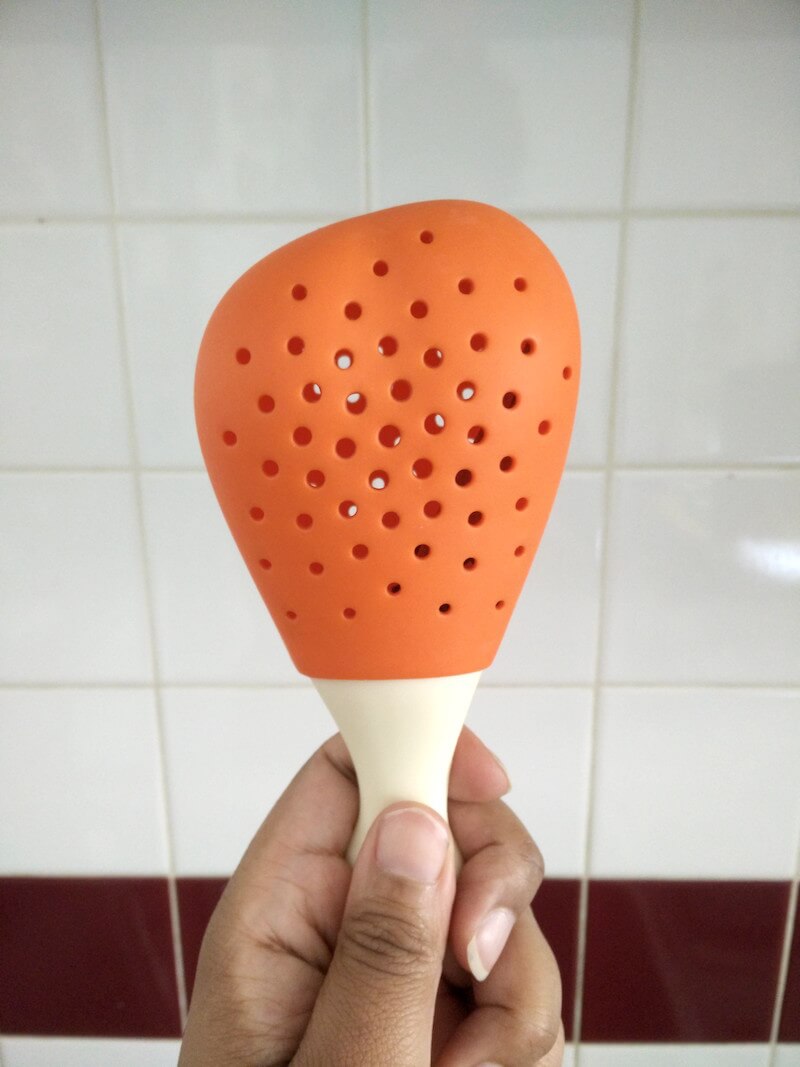 This soup will travel well in a mason jar if you need to travel to work. Just wait until you eat before adding your garnishes. I love hoisin sauce for sweetness and sriracha for heat.

Go forth and make soup!